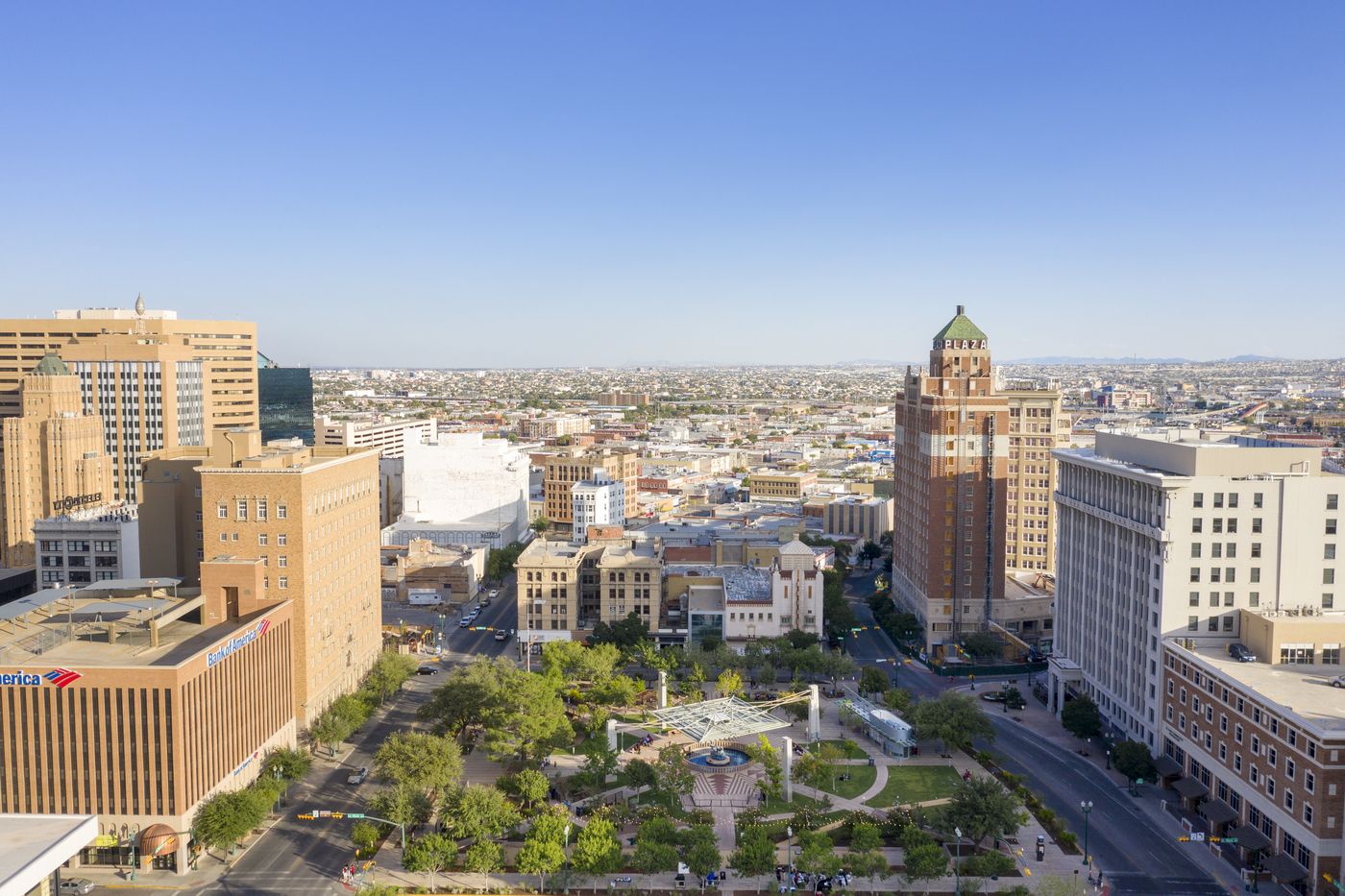 Walk past vivid murals set under early 20th-century architectural marvels. Enjoy the luscious flavors of the West Texas borderlands. Unwind in a luxurious hotel room saturated in historic elegance. A culinary and cultural destination like no other, Downtown El Paso manifests the magnificent sights, sounds, aromas, and tastes of both sides of the Rio Grande. Set within view of the mighty Franklin Mountains, the epicenter of the Sun City has more than enough to see and do that you can easily spend all your time here. Ready for your next getaway? Here’s why you should be. 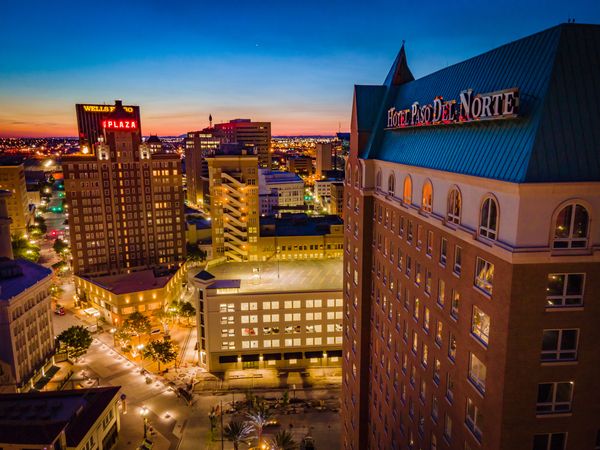 Savor cocktails and mountain views at a glamourous rooftop lounge or order a drink at a circular bar under a magnificent stained-glass dome. Then unwind in your room with a breathtaking view of Downtown El Paso. Extravagant and historic, El Paso’s Plaza Hotel and Hotel Paso del Norte immerse you in all the abundant charm of West Texas.

Rising high above the Las Plazas Arts District, the towering brown-brick façade and magnificent art deco designs of the Plaza Hotel certainly leave an impression. The first high-rise hotel built by Conrad Hilton and once the temporary home of Elizabeth Taylor, the getaway is now one of the hottest in the downtown area. Each room embraces you with abundant natural light, while high-end furnishings afford plenty of comfort. Step out of your room to treat yourself to some of the finest dining in town, from the upscale Mexican cuisine at Ámbar Restaurante to the modern American eats at Anson Eleven. Cap your evening with a drink at the La Perla Rooftop Bar, a glamourous hangout that serves craft cocktails and ice cream milkshakes served with or without tequila.

Not far away, the Hotel Paso del Norte serves up approachable splendor with its own fascinating local lore. Originally opened in 1912 and designed by Henry Charles Trost, one of the Southwest’s most prominent architects, the hotel has seen a long list of guests over the years, from Franklin Delano Roosevelt and Pancho Villa to Aerosmith and Van Halen. Each of the hotel’s more than 350 rooms is fully upgraded with separate bathtubs and showers and pillowtop mattresses. If you really want to treat yourself, book either the Governor’s Suite or Presidential Suite, both of which have two bedrooms, stunning arched windows, and their own living and dining areas. No matter what room you book, you’ll be just one elevator ride away from the hotel’s spectacular dining options. Enjoy an unforgettable date night at 1700° Steakhouse or sip on a beer or a cocktail at The Dome Bar, set under a 25-foot Tiffany-style stained-glass dome.

Of course, these are only two of El Paso’s historic hotels. Discover the other others here. 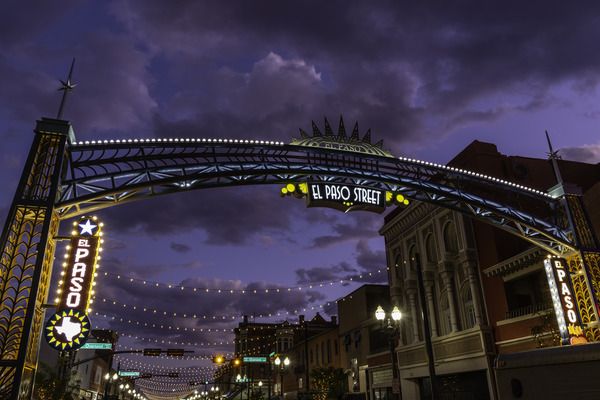 From the many colors of sunrise to the fading evening light over the Franklin Mountains, El Paso is full of magic at all hours of the day. Once the sun sets, find your way to the Paseo de las Luces. Located along South El Paso Street, el paseo is lined by open-air storefronts housing local clothing shops and boutique stores set in charming historic buildings, all of which are illuminated at night by a series of arched string lights. Park the car and stroll along the street as you step into any store that piques your interest and you’ll feel like you’re exploring a vibrant Mexican street market. No wonder, as this part of South El Paso Street is within view of the Texas-Mexico border. To immerse yourself in El Paso’s vibrant culture, spend some time after sunset on the Paseo de las Luces. 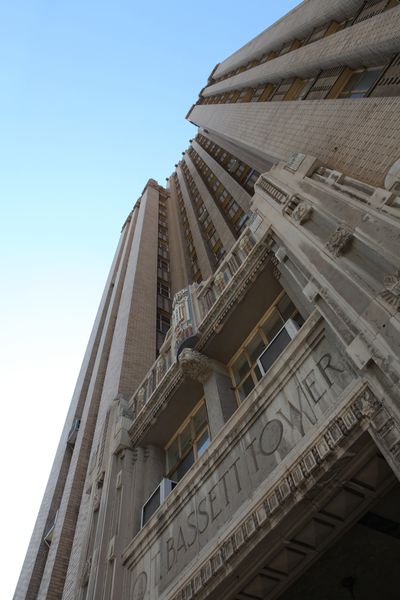 Who says the only place you can see art is in a gallery or museum? In Downtown El Paso, art is all around you. Explore the area and it won’t be long until you encounter one vibrant, sprawling mural after the next (there are more than 100 in town), as well as breathtaking works of historic architecture. While there are awe-inspiring works everywhere, there are a few you won’t want to miss. Splashed across a massive brick wall, Ánimo Sin Fronteras (Spirit Without Borders) is dedicated to the people on the U.S.-Mexico border who have experienced and fought against injustice. Meanwhile, Contigo depicts a woman’s profile among cactuses on an eye-catching red background.

Cruise around on your own mural tour and you’ll likely pass some of Downtown El Paso’s architectural wonders. Many of these were built by Trost & Trost, a local architectural firm that built hundreds of structures throughout the Southwest. A stunning example of the European beaux-arts style, the U-shaped Hotel Paso del Norte was long considered one of the region’s most opulent hotels. A short walk away, the 1926-built Cortez Building is the only structure in the downtown area constructed in the Spanish Colonial Revival style. Don’t miss the Moorish-inspired façade of the 1914 Alhambra Theatre, the only structure of its kind in the downtown area.

Ready to see it all for yourself? Download the Visit El Paso app (Android, Apple) for self-guided mural and architectural tours. 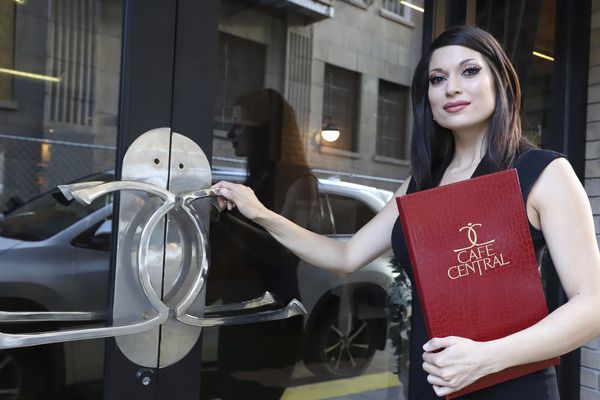 Start your morning with a delicious latte from an independent coffee shop, relish lunch at a lively Mexican bistro, and follow that up with a night out at a stylish restaurant. From five-star eateries to quick-bite cafes, Downtown El Paso is an unparalleled destination for foodies. Elevate your evening by making reservations at 1700° Steakhouse, a fine-dining establishment at the Hotel Paso del Norte that serves aged USDA prime beef and fresh seafood along with a selection of world-class wine, craft beer, and spirits. Operating for more than 100 years, Café Central is a chic spot with an enticing chef-created menu that includes the likes of prime ribeye, Colorado rack of lamb, and Scottish salmon. Pair your dish of choice with a glass or bottle of wine from around the world or a signature cocktail and you’ve got the makings of a remarkable night out.

The past permeates just about everything in El Paso in colorful ways, and Taft Diaz is no exception. This restaurant, located in the Stanton House, is named in honor of the meeting of presidents William Taft and Porfirio Diaz in the area more than 100 years ago. This coming together of different cultures is celebrated here with dishes that combine flavors from both sides of the border. Come here for breakfast, lunch, or dinner, and stick around for a glass of something from the magnificent, globe-spanning wine list.

There’s plenty more where that came from, so plan your visit to Downtown El Paso and go on your very own culinary adventure. 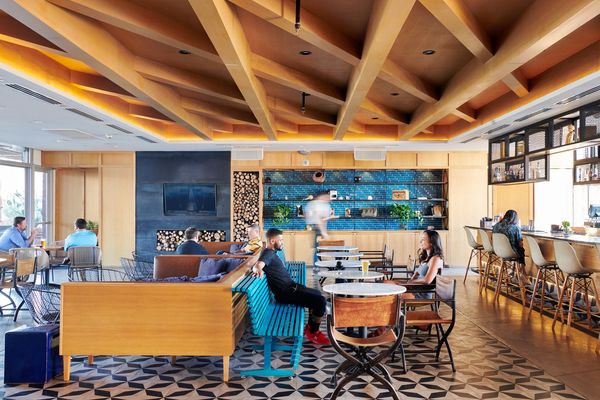 Sometimes, a night out at a hot and happening hangout spot with your favorite kind of drink is exactly what you need. Downtown El Paso is full of a long list of places just like this, and many of them are just a short walk away. Recently opened, The Reagan’s energetic vibe, crave-worthy cocktails, and live music attract a younger crowd. For a more relaxed ambiance, along with unique drinks made with fine liquors, kick back at the elegant Berkeley Cocktail Lounge. If you’re a craft beer enthusiast, choose from a long list of brews from Texas and beyond (along with a mouthwatering array of food and wine) at Craft and Social. This low-key spot even hosts trivia nights on Thursdays, so come and show off your inner nerd. 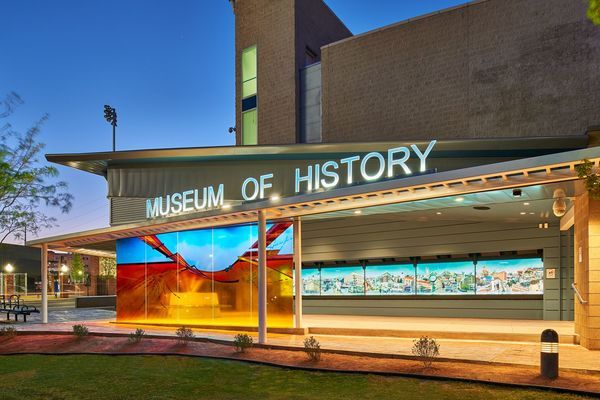 Explore more than 1,000 years of history of the borderlands, marvel at art from both sides of the Rio Grande, and immerse yourself in the Sun City’s culture at Downtown El Paso’s two first-rate museums. Start your adventure through the past as you follow the El Paso Museum of History’s Changing Pass: People, Land & Memory, a permanent exhibit that showcases the many peoples that have called this part of Texas home. Then check out the museum’s rotating exhibits like Tracks Across The Desert: More than 100 Years of Railroad In El Paso – an examination of how the arrival of the railroad changed the Paso del Norte region – and Low & Slow: Lowrider Culture on the Border, which features vintage cars and provides context to this aspect of Mexican-American culture.

At the El Paso Museum of Art, you’ll find jaw-dropping works both historic and contemporary in the museum’s lineup of temporary exhibits. Admire the art of one of Europe’s most notable artistic groups as in Cercle et Carré and the International Spirit of Abstract Art, featuring works of such prominent abstractionists as Wassily Kandinsky and Sonia Delaunay who were active in the Paris art scene in the late 1920s. There’s also Brett Weston in the 1940s, a compendium of black-and-white photos shot in White Sands, New Mexico in the 1940s that depict the landscape’s mesmerizing shapes and lines.

Visit both museums, then leave some time to unwind for a bit in San Jacinto Plaza. The beating heart of Downtown El Paso, the plaza is now a popular hangout spot in the evening. Rent paddles and balls and play some table tennis or an outdoor game of chess, then take photos with the alligator statues that provide a call back to when the plaza once housed live alligators. Ask around and some locals may even call the plaza its old name, La Plaza de Los Lagartos. 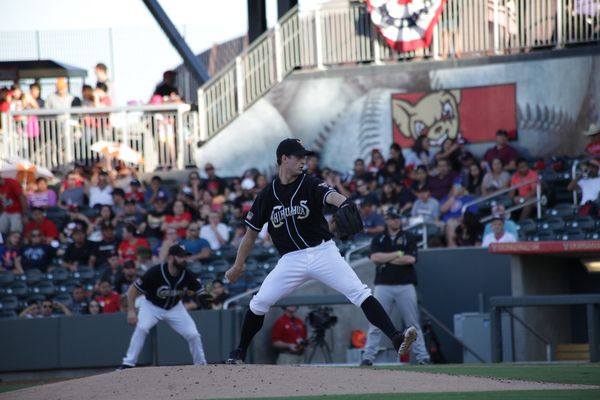 There's Something for All Kinds of Sports Fans

Just because you’re on vacation doesn’t mean you can’t root for the home team. In fact, you don’t even have to go far to cheer on the local favorites. Catch the future stars of Major League Baseball at the state-of-the-art Southwest University Park, the stomping grounds of the El Paso Chihuahuas. The Triple-A affiliate of the San Diego Padres, the Chihuahuas count notable pros like two-time all-star Carlos Quentin and Jeff Francoeur among its former players. Settle in behind home plate or on the outfield lawn at one of the team’s many games through September.

The park is also the home of El Paso Locomotive FC, the local professional soccer team that competes in the USL Championship, America’s second division. The Locomotive’s season runs through the end of October, giving you plenty of time to experience a match on the borderland for yourself.

From its luxurious hotels and high-end restaurants to its colorful murals and energetic bars, Downtown El Paso is a destination that satisfies all the senses. Plan your own unforgettable visit here.