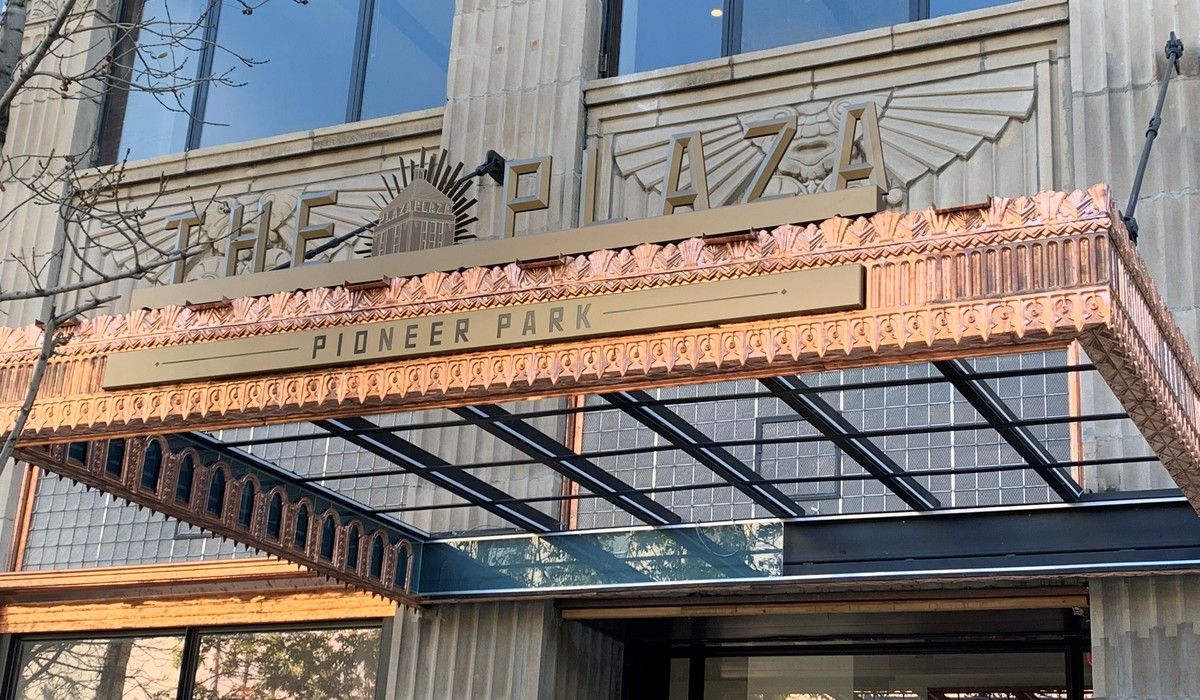 Our Hotels Have History

Peel back all the layers of El Paso’s intriguing history and you’ll uncover stories unlike anything else in the Lone Star State. Located on the northern bank of the Rio Grande River among the foothills of the Franklin Mountains, Sun City’s rich and colorful legacy is best experienced at these one-of-a-kind places.

Debuting in the 1930s, The Plaza Hotel Pioneer Park was Conrad Hilton Jr.’s first high-rise hotel. It is the tallest hotel in the Sun City, and as the sun sets in the horizon it is one of the defining features of the El Paso skyline. The former penthouse, now turned rooftop bar, used to be utilized by Conrad Hilton Jr.’s former wife and queen of Hollywood’s golden age, Elizabeth Taylor.

Having opened on Thanksgiving Day in 1912, Hotel Paso Del Norte has given us much to be thankful for. The seven-and-a-halfmeter diameter stained glass dome is iconic to the 108-year-old property. A number of celebrities and U.S presidents have walked through those doors and dwelled in their rooms. The return of this historic hotel will bring together stylings that mimic this border town and what makes it so unique.

The 100-year-old edifice is a city heirloom turned into a stylish boutique hotel. It is part of the El Centro district in Downtown El Paso, which is rich in history, culture and shopping. The four-story light well that the hotel is centered around, illuminates the inside and houses mesmerizing moving light sculptures that light up the restaurant at night. The mezzanine art gallery is home to a collection of art that features up and coming local artists as well as artists from Mexico and Europe.

The 90-year-old O.T Bassett Tower unifies and highlights the historic and contemporary. During its renovation’s preservationists took on the challenge of restoring the iconic brass fixtures by hand. Besides the gold leaf detailing that occupies the inside, the historic building features marble flooring, brass elevators and the original mail chutes. Additionally, the WXYZ bar hosts music and entertainment in relation to the signature Aloft Live Presents series.

Gardner Hotel is the oldest continually operating hotel in the city of El Paso, Texas. Founded in 1922, the downtown hotel has a long history of serving the public, including famous guests, over the years. This hotel has had the privilege of several figures in American history stay with us, and their hostel memorabilia in the lobby will take you there.

First opened in 1922 by Preston E. Gardner, a lawyer who in 1923 ran for Mayor of El Paso. He lost his bid to be Mayor to Richard M. Dudley, after whom Dudley Field is named. Gardner Hotel was originally intended to be a five-story 100-room hotel, but when construction costs went $50,000 over budget and only three floors had been completed, Gardner stopped building. Because of fears of fire in the 1920s, Gardner Hotel was constructed entirely of steel making the hotel almost completely fire proof.

Gardner Hotel has a lot of history but most notably, on Jan. 9, 1934, bank robber John Dillinger and two members of his gang checked into the downtown Gardner Hotel. Dillinger signed the name John D. Ball on the registry and stayed in room 221. But because Dillinger didn’t break any laws during his stay, the El Paso Sheriff’s Department did not arrest him.

Dillinger checked out a few days later but was captured Jan. 25, 1934, in Tucson, Arizona, after being recognized by firefighters. They had saved his heavy luggage from a burning hotel there.

The hotel has been in the family for generations. Hotel staff are a wealth of knowledge on the history and local area, and will be happy to show you the items in the hotel lobby even if you are just visiting. Gardner Hotel has been family run since the 1960’s.