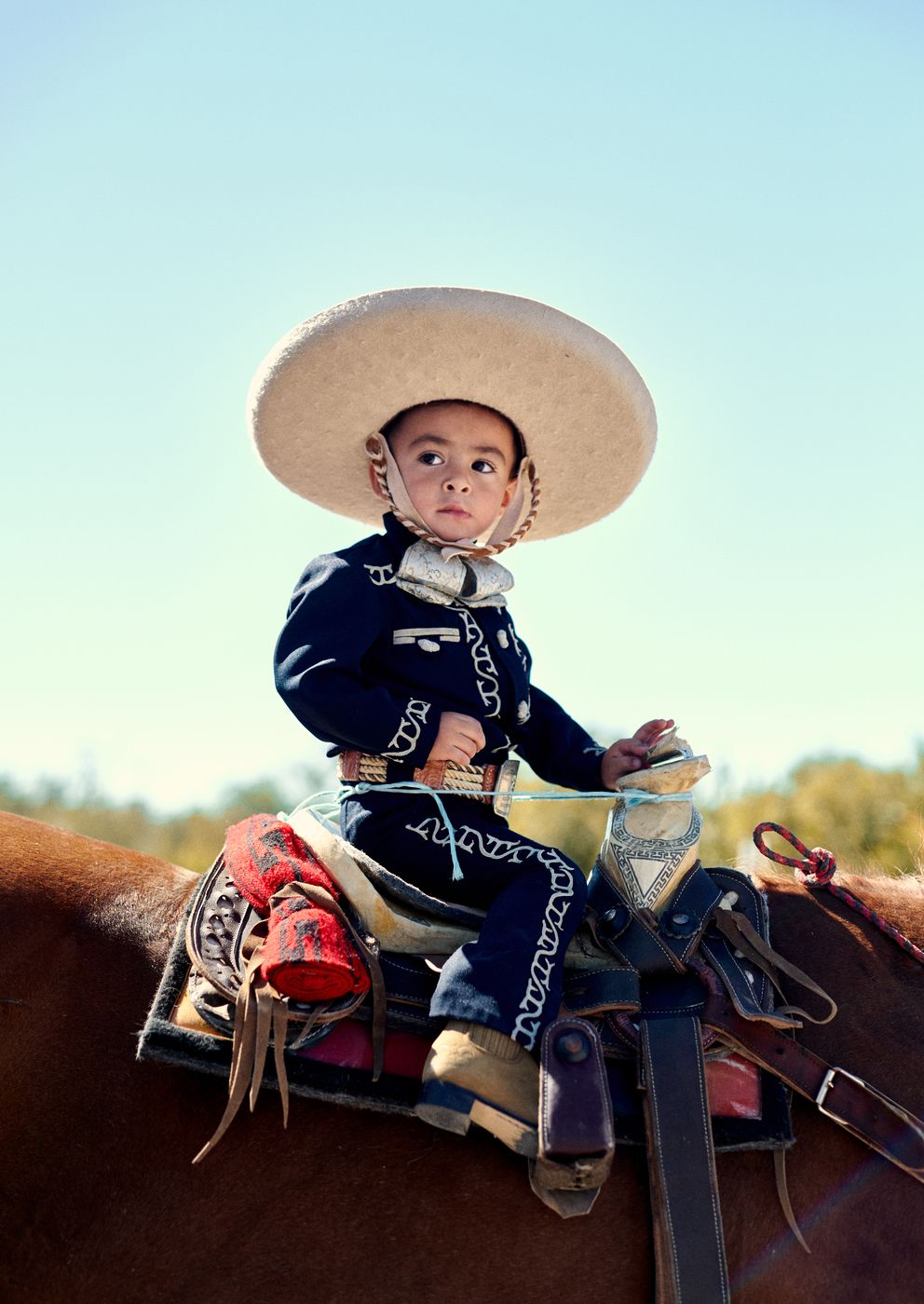 Trails walked by ancient Native Americans and the first European explorers. Spanish missions founded hundreds of years before Texas won her independence. Tall tales of infamous frontier outlaws. Peel back all the layers of El Paso’s intriguing history and you’ll uncover stories unlike anything else in the Lone Star State. Located on the northern bank of the Rio Grande River among the foothills of the Franklin Mountains, Sun City’s rich and colorful legacy is best experienced at these one-of-a-kind places. 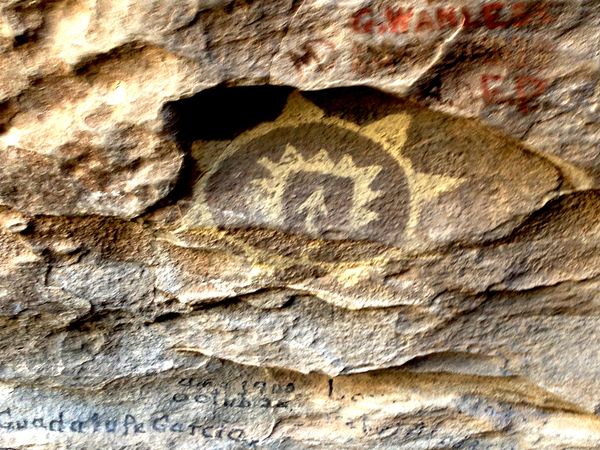 Admire Ancient Native American Rock Paintings
It’s not every day you see ancient cave art, but that’s exactly what’s in store at the breathtaking Hueco Tanks State Park and Historic Site. The 860-acre site east of the city is home to three massive rock outcroppings situated between two mountains, an area that provided shelter and water to nomadic tribes as far back as 10,000 years ago. Emblazoned on the surfaces of the stone formations -- and hidden within their caves and crannies -- are more than 3,000 paintings that provide clues about the different groups that lived and sought refuge here.

Get the most of your visit by booking one of the guided tours, which vary according to location and trail difficulty. During your excursion, you’ll see vivid images of caricature faces, geometric designs, dancing figures, animals, symbols of weather, crops and more. Self-guided tours are also available, if you want to blaze your own trail. Begin your day at the Interpretative Center, a four-room adobe house originally built by cattle rancher and landowner Silverio Escontrias. Here, you can learn about the park’s other activities, including hiking along rock-lined trails, birding and picnicking at one of 10 shaded tables. 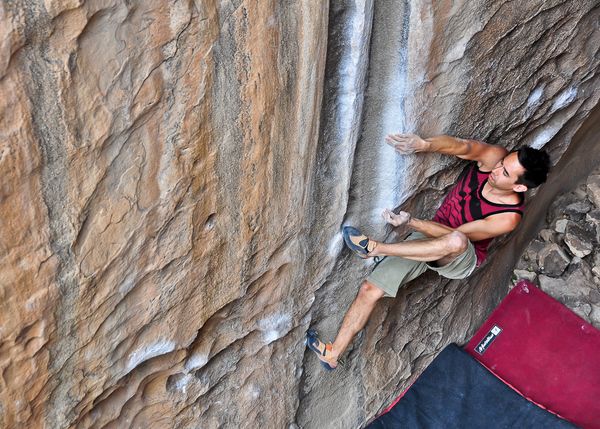 For the most in-depth experience, don’t miss the annual Hueco Tanks Interpretive Fair, a two-day event in October that features a Buffalo Soldier encampment, dancing, drumming and climbing demonstrations, cultural information booths and tours of this natural wonder.

Note: The number of daily visitors is limited at Hueco Tank State Park, so call in advance to reserve your spot. 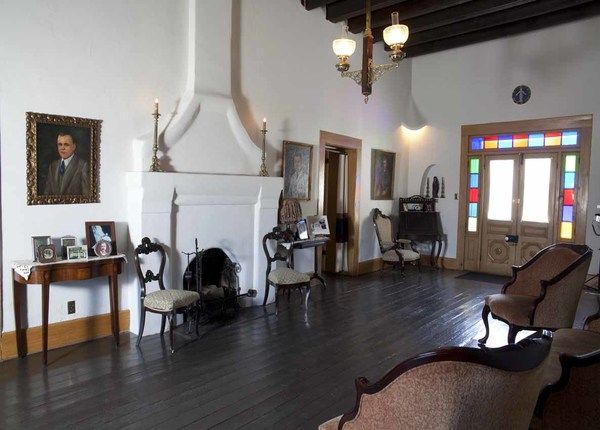 Explore one of El Paso’s Most Historic Homes
El Paso’s pioneer past comes to life at the Magoffin Home State Historic Site, an architectural treasure that reveals the community’s can-do spirit and its long tradition of multiculturalism. Once the family home of local farmer and real estate developer Joseph Magoffin and his wife Octavia, the structure is one of the oldest adobe brick houses in the region and is an excellent example of Territorial-style architecture. Whitewashed exterior walls are punctuated by vibrantly painted trim work and stained glass.

Join a guided tour and learn about the history of the family, which includes the Magoffins, their children and descendants. The home’s interior is a preservationist’s dream, as it houses a vast collection of late 19th- and early 20th-century art, furnishings and artifacts that belonged to the four generations of Magoffin family members who lived here over 111 years. The table is still set for guests. 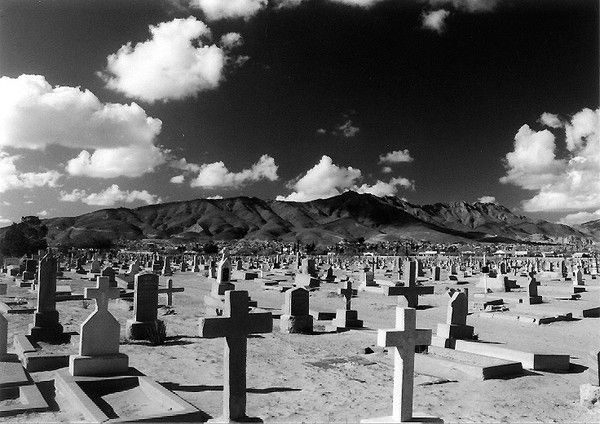 At Concordia Cemetery, the dead can talk. Or at least they seem to. El Paso’s oldest graveyard, rumored to be haunted, is the final resting place of 60,000 individuals, including gunslinger John Wesley Hardin and the man who shot and killed him in 1895, Constable John Selman. You can also find the grave of Victoriano Huerta, the 35th president of Mexico, and those of countless prominent and humble citizens from El Paso and its sister city, Juarez.

Stroll the 52-acre grounds, flanked by the Franklin Mountains, and see clear evidence of El Paso’s enduring diversity. There are Jewish and Mormon sections, as well as a monument to the Buffalo Soldiers, African American soldiers who fought during the Indian Wars. One of the most fascinating stops is the Chinese section, dedicated to residents of the area who came to work on the railroad. Looking to experience the paranormal? Monthly ghost tours take you to the cemetery’s most haunted spots, including the children’s area, where you might hear phantom giggling, and the so-called Vortex, where your phone battery may inexplicably die.

Concordia Cemetery’s regular events include guided tours and hayrides, historic reenactments and an annual Día de los Muertos Festival in early November. Check the cemetery’s website for information on upcoming events so you don’t miss out while you’re here. 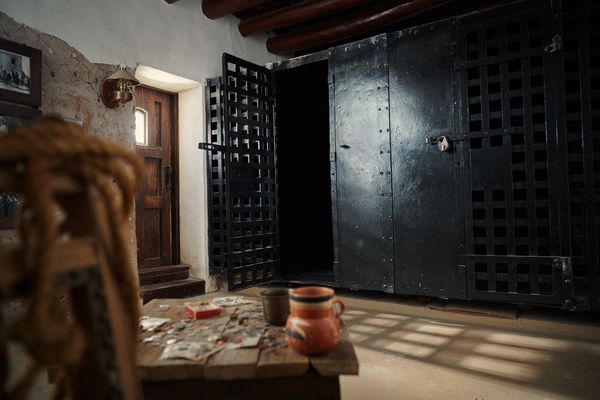 Experience the Jail that Billy the Kid Broke Into
That’s right. Famed outlaw Billy the Kid broke into El Paso’s San Elizario Jail, and you can see where this interesting part of the Sun City’s history played out at the Old El Paso County Jail Museum in the San Elizario Historic District. As legend has it, Billy heard that a friend had been arrested and imprisoned here, prompting him to stage a rescue. The outlaw traveled from Las Cruces to San Elizario posing as a Texas Ranger, allegedly with prisoners in tow. When he convinced the guards to let him in, they found themselves staring down the barrel of Billy’s pistol. Today, you can stand in the original jail cells and pretend you’re an outlaw in a classic western movie.

After seeing the jail, head for the Los Portales Museum nearby. Showcasing 400 years of history, the museum outlines the arrival of Spanish explorer Don Juan de Oñate and his men, who crossed the Chihuahuan Desert and arrived in the El Paso area in 1598. Oñate declared the area part of New Spain and ordered a prayer and feast of Thanksgiving. You can also learn about the 1877 San Elizario Salt War, a complex kerfuffle between several different groups over control of nearby salt deposits. 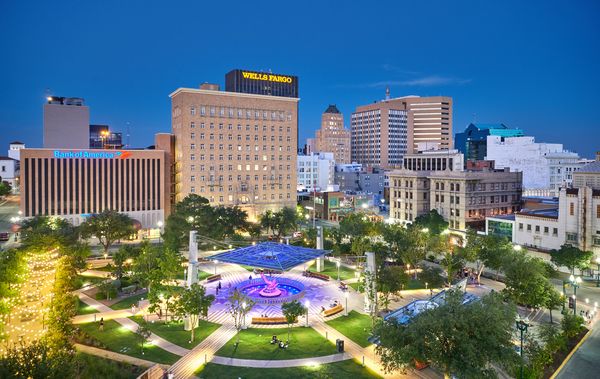 Go Back in Time at San Jacinto Plaza
This town square in downtown El Paso, San Jacinto Plaza, has been a community gathering spot since it first opened in 1883. Renovated in 2014, it is a thriving hub for both visitors and locals, offering tree-lined pathways and shady spots to sit and enjoy the heartbeat of the city. Sixteen historic markers highlight significant events that happened on the park’s grounds, including the first meeting of Mexican President Porfirio Díaz and U.S. President William Howard Taft in 1909.

One of the park’s best-known features is its now-canopied central pond, which housed live alligators from 1889 to 1974. Although these scaly critters are no longer here, their presence is commemorated by a contemporary sculpture that stands where they were once housed. Take it in, then hang out for the rest of the day playing chess and ping-pong or kick back and reflect on El Paso’s lustrous past. Make sure you’re here during the holiday season, when San Jacinto Plaza and its permanent Christmas tree are bedecked in stunning twinkling lights and holiday decorations. With its unique heritage and thousands of years of history, El Paso is a place like no other in Texas. Plan you visit to Sun City to experience it all for yourself.