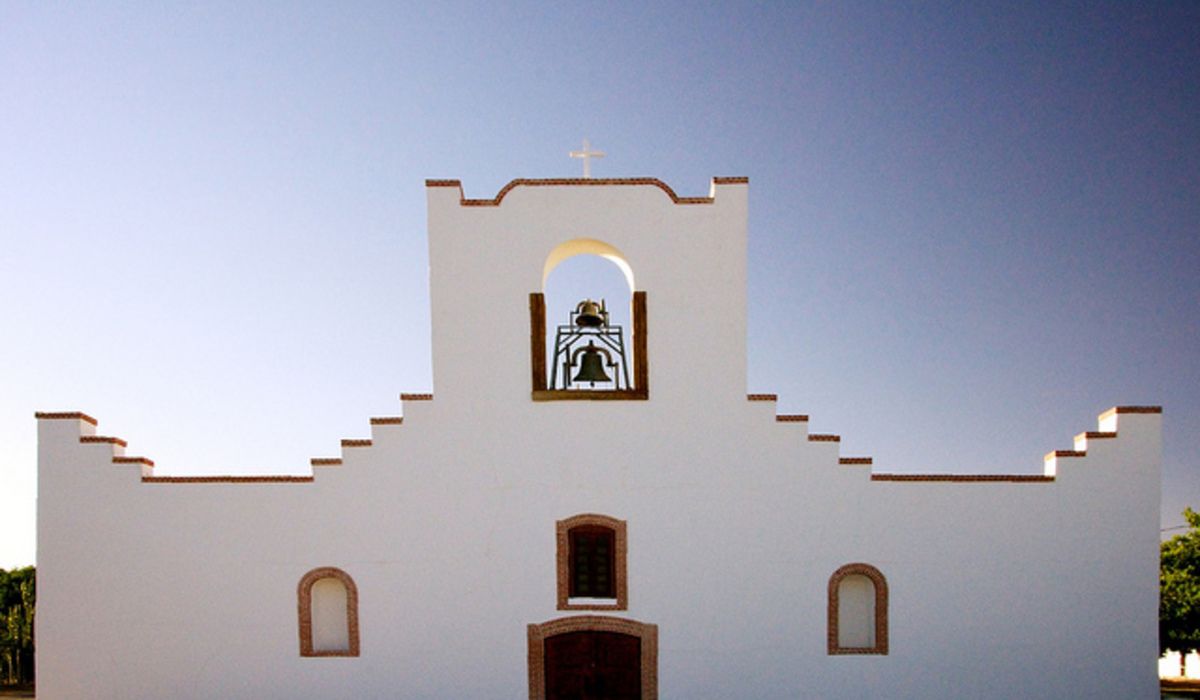 Mission Trail is a nine-mile stretch across time in El Paso County’s Mission Valley. The historic trail is named for the three missions that date back to the seventeenth and eighteenth centuries: Ysleta Mission, Socorro Mission and San Elizario Chapel, which are the oldest churches in the state of Texas. All three parishes still congregate for Mass to this day. While the missions are certainly the focal point of Mission Trail, the pathway’s historical appeal isn’t limited to the liturgical venues. Mission Trail is home to museums, myriad state and national landmarks, art galleries, award-winning restaurants and a host of other attractions that inspire frequent visitation. Both natives and travelers alike are captivated by the rich history and cultural encounters that are unique to this sector of the borderland. Here’s a few sites you absolutely have to see during your trek down Mission Trail.

The Ysleta Mission is the oldest active mission in the state of Texas, and it should definitely be your first stop on the trail. Native Puebloan peoples aided by Spanish colonists founded Ysleta in 1660 as a place of dedicated servitude and refuge. In 1682, the Puebloan parish built the mission’s original adobe building, which they later consecrated as La Misión de Corpus Christi de San Antonio de la Ysleta del Sur in 1691. But after two massive floods, land sovereignty shifts between Spanish, Mexican and American rule, and a devastating chemical fire, the mission’s building and namesake had undergone several changes. The current mission, Nuestra Señora del Monte Carmelo, was built in 1908. The Spanish Colonial church house still stands today not only as a national landmark and a symbol of resilient devotion, but as a beloved chapel that is presently occupied by active parishioners. Make sure to stop by the Ysleta Mission Gift Shop before you leave to pick up beautiful tchotchkes and other historic materials to signify your visit to Texas’ first mission.

The Socorro Mission came about shortly after Ysleta, having officially been founded during a special initiating Mass in October 1680. The mission erected their first permanent structure in 1691 and consecrated the parish as Nuestra Senora de limpia Concepción de los Piros del Socorro del Sur. While the Ysleta Mission was attended by Tigua Native Americans, Socorro is tied to the Piro natives for whom the mission was named. Like Ysleta, the Socorro mission was destroyed by massive flooding in the eighteenth and nineteenth centuries. The parishioners were able to salvage pieces from the original building called vigas, decorated beams painted with traditional tribe design work. These beams and other features were installed in the mission’s current building, now called La Purísima Concepción del Socorro, which was completed in 1843. The mission closed its doors in 1995 for an extensive restoration project led by the community, and Socorro resumed regular Mass in December 2005. Tours are held at the Mission regularly, so call ahead at (915) 851-7718 to schedule yours.

The final mission on Mission Trail is the San Elceario Mission, which is more commonly known as the San Elizario Presidio and Chapel. Though the chapel duly serves religious purposes today, it was originally constructed in 1789 by the Spanish for use as a fort, or presidio, to house Mexican troops. Confederate soldiers also occupied the fort during the Civil War. The fort included a post chapel on its grounds, which, like the other missions, was destroyed in the flood of 1829. When Mexico won independence from Spain, the site’s military functions became unimportant. Hence, the present-day San Elizario Chapel opened in 1882. Today, all three missions operate as a part of the Catholic Diocese of El Paso. The historic missions are revered for the special union between Christian theology and Native American tradition that is iconic of borderland parishes.

Your next stop on Mission Trail should be to Los Portales Museum. Los Portales was constructed in the 1850s for residential use by Gregorio Garcia, a prominent County Judge. The adobe structure featured a unique enclosed corridor and was thusly called Los Portales. Though the residence was certainly an enviable establishment, Garcia’s charitable nature inclined him to surrender it for greater civic purposes. The well-regarded citizen donated the opulent edifice to the town of San Elizario for use as a public school in 1870. Over the years, Los Portales served a variety of utilitarian purposes. It was converted into separate apartment units and later into school district offices. In 2000, El Paso County renovated Los Portales and reopened it as a museum. Today, the San Elizario Genealogy and Historical Society operates Los Portales Museum and Information Center, offering passersby a distinctive learning opportunity that’s not to be missed.

El Paso County’s first penitentiary, San Elizario Jail, is also situated along Mission Trail. The jail was made famous by the infamous outlaw Billy the Kid. While the Kid broke out of jail on many occasions, San Elizario Jail is the only one that he actually broke into. After learning that his friend Melquaides Segura had been incarcerated at San Elizario, Billy the Kid rode into town, presented himself to be a Texas Ranger to the Mexican guards, pulled out his revolver and coerced them to free his friend. Billy and Segura locked the guards up, discarded the keys and escaped to nearby Mexico. The Pistoleros De San Elizario perform bimonthly reenactments of this event in front of San Elizario Jail during the Monthly Mission Trail Art Market. For more information, check out the San Elizario Historic District site.

A key highlight of Mission Trail is the San Elizario Historic Art District, which is the only art district in all of El Paso. The growing art district hosts more than twenty galleries where local talents share their perspectives through an interesting variety of media. Artists like Amado Maurillo and Al Borrego focus on the Native American asthetic, telling stories on canvas of man’s vital connection to and dependence upon nature. Other artists recount the Mexican-American experience through their brush strokes. Still others convey an eclectic sensibility through intricate and lively mixed media creations. There’s something everyone can admire in the San Elizario Art District. And aficionados looking for an immersive borderland artistic encounter should look forward to the ArtWalk, which takes place every first Friday in the district. Meet the artists, explore the galleries, sample snacks and enjoy local music along the way. And remember, the thriving art scene is just one of Mission Trail’s many gifts.