The All-American Rose Selection (AARS) public garden is one of over 100 certified gardens within the United States. There are over 1900 rosebushes, with 500 varieties. The wrought-iron fenced garden has wide walkways with handicap accessibility, raised beds, a waterfall, and trees and shrubs. Several new rose varieties are planted each year, and after two years the highest-rated are named and receive the AARS symbol. Waterfalls, a lovely plaza area and a Koi pond make this garden design second to none.

Feather Lake is a 43.5-acre wildlife sanctuary based on a 40-acre wetland built by the City of El Paso in 1969 as a stormwater-retention basin. Since 1976, the El Paso/Trans-Pecos Audubon Society has leased this land from the City and managed it for wildlife. On a spring day you might see muskrats swimming across the water; spiny softshell turtles and pond sliders basking in the marsh, and Trans-Pecos striped whiptail lizards skittering ahead on the trail. Over 200 different species of birds, especially those associated with water, have been observed at the sanctuary. Feather Lake’s water sources are irregular; the lake is sometimes dry. When there is water in the basin, Feather Lake is open to the public on weekends, September through May. Hours are 8 a.m. to noon on Saturday and 2 p.m. to dusk on Sunday. Admission is free.

Keystone Heritage Park is home to the third sculpture of the XII Travelers Memorial of the Southwest – Susan Magoffin. Susan Magoffin’s 7-foot bronze statue is the first woman of historical significance and third statue to be included in the XII Travelers series. It was unveiled on June 2, 2012. Despite the dangers of travel with the Mexican American war just beginning Susan Magoffin still made the expedition into Mexico and until 1987 it was believed she was the first Anglo-American woman to travel the Santa Fe trail. Coming from a wealthy family she was able to travel with plenty comforts of home and took her servant Jane and greyhound dog Mr. Ring along with her. She kept a journal of her travels almost daily from June 1846 until 1847 and it remains a valuable record on the development of the west and provides a unique woman’s perspective of the times. 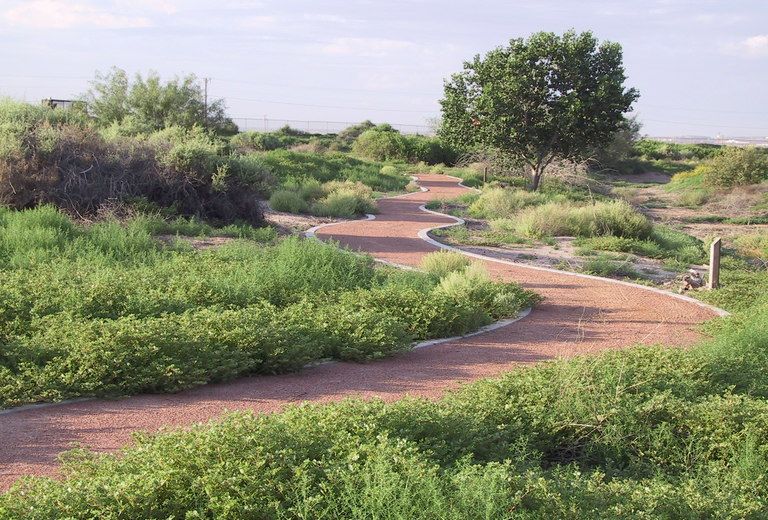 The 372-acre city park is a compilation of wetlands and riverside forest which is home to over 200 species of birds. An excellent display of spring can be seen in the bright yellow blooms of the annual Forb Bittersweet. The spring wildflowers are best seen in April and May however, these 6-10 inch flowers have been known to stick around through the summer months.