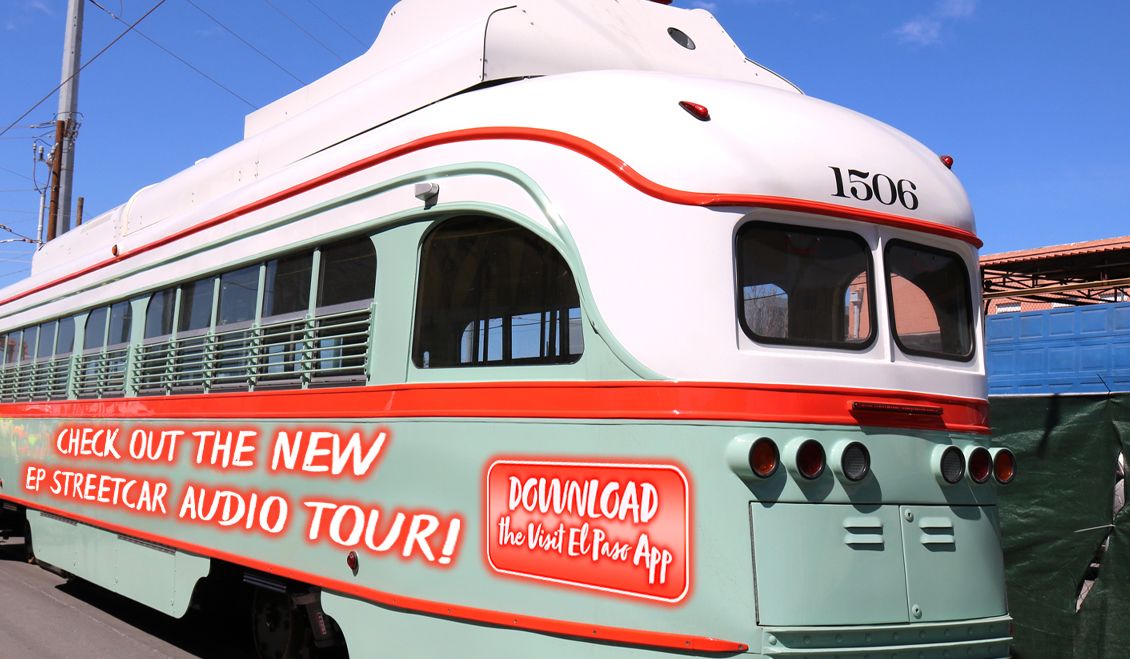 A small trolley cart was actually introduced to El Paso in 1902, replacing El Paso's mule car system, which had the town's pet "Mandy the Mule" taking passengers across the border and around the downtown area. As El Paso was growing in farming, manufacturing, mining, commerce, and the military, and needed an improved transportation system. Soon the streetcar was introduced to El Paso offering service to El Pasoans in the 1950s, 1960s, and 1970s. Now our city patrons can ride these vintage El Paso original color-scheme streetcars, but with modern amenities such as air conditioning and Wi-Fi.