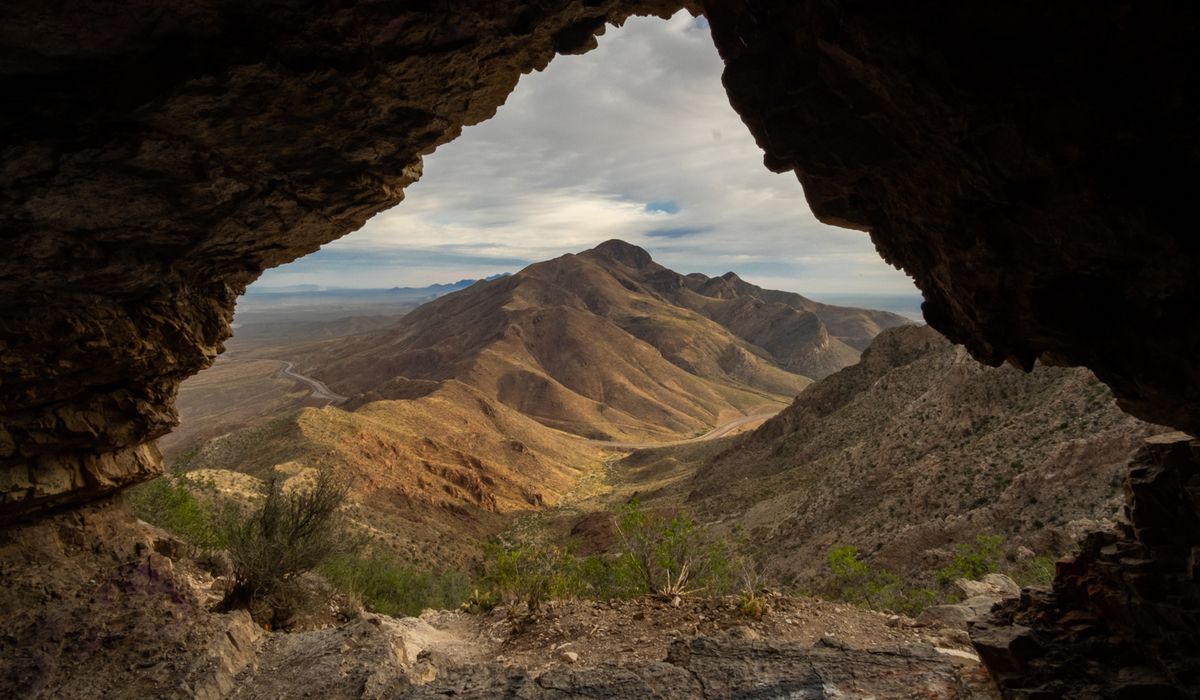 West Texas boasts wild beauty in parched frontiers, disparate from the grassy flatlands and maple dressed hills throughout the east Texas landscape. Far west from flattened, saturated green slopes, sky islands compete for water with the Chihuahuan floor. Scoring over a mountain valley, El Paso ranks as the 20th largest city in the nation. Dubbed the last of Texas’ wildest cities, it encompasses three state parks within county lines that lay well-managed and preserved for enthusiasts thirsting after adventure. Park excursions attract mountain bikers, trail runners and competitive rock climbers throughout the nation, but recreational activities circumvent a natural wonder to those living within the region. Though all three parks are located within the same region, each contribute a unique locale of outdoor pursuits.

The Franklin Mountains State Park blows aside busy city life, as the air rides a cool southwest gust down the edge of the rocky mountain range into its yucca-filled foothills. El Paso is split between the Franklin Mountains, where its peak scrapes the skyline at 7,192 feet above sea level and stretches itself 162-square miles across the edge of Texas within an urban metropolis. Hundreds of trails twist through the park starting from central El Paso to New Mexico. The limestone and granite range of the Franklins shelters wildlife fitting to its rugged nature, housing javelina, mule deer, sheep, mountain lions and an array of species of birds and reptiles including: rattle snakes and golden eagles. When trekking through these mountains, setting aside at least a half day of excursions through it would be necessary—this is the largest urban park in the U.S. after all. A painting of the Franklins by Tom Lee, esteemed artist and native El Pasoan, even hung in the oval office with President George Bush.

Seen as a paradise for world-class climbing and archeological research, Hueco Tanks encompasses three low mountains that rise 6,787 feet above sea level. Its structure once sheltered tribes such as the Jornada Mogollan People, Mescalero Apaches and Tigua Indians, giving them a stronghold. Here, thousands of rock and cave paintings of masks and stories can be observed. The famous structure of this arroyo provides unique hollows, or huecos, that capture rainwater. For a dry and weary land, Hueco Tanks can hold pockets of water for months at a time while the Chihuahua desert lays baked. Known as the best spot for bouldering in the world, the ideal time to visit is November through March when it is not as hot. 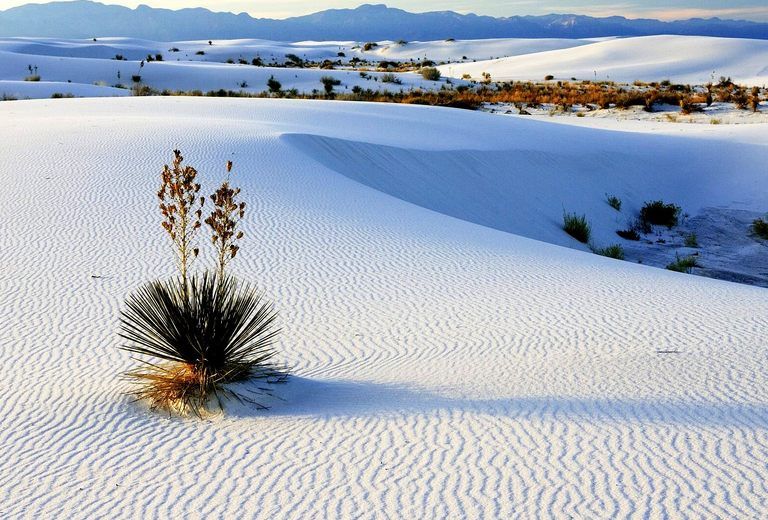 Located between Doña Ana and Otero County, The White Sands National Monument is without a doubt the Chihuahuan Desert’s best-known tourist attraction. Appearing as bright white spot in the middle of an otherwise beige landscape, the dunes are as beautiful as they are enigmatic. Visitors are free to admire all 225-square miles of the park from the comfort of their cars, on numerous wood plank paths, or even in the dunes themselves. In addition to strolling about, you can bring sleds or snowboards and slide down the sandy hills–seriously! If one day simply isn’t enough, you and the whole gang can stay overnight at the camping site. While there’s no wrong time to visit White Sands, we strongly recommend that you catch either a sunrise or sunset, there’s really nothing quite like it. Make sure to check out the museum and gift shop before you leave!

Just west of Hueco Tanks sits Red Sands, which consists of 21 miles of off-roading opportunities. Red Sands features sand dunes, small hills and amazing views. Thirty-four million years ago, the entire area used to be under an ancient sea and you’ll come across plenty of ancient fossils. Since it’s open year-round, this is an attraction you don’t want to miss. With Off-Road Adventures you can rent an ATV so that you can join in on all the fun in the desert hills. If you have a 4x4 vehicle, you can make this an all-day event by grilling and hanging out with friends of family.