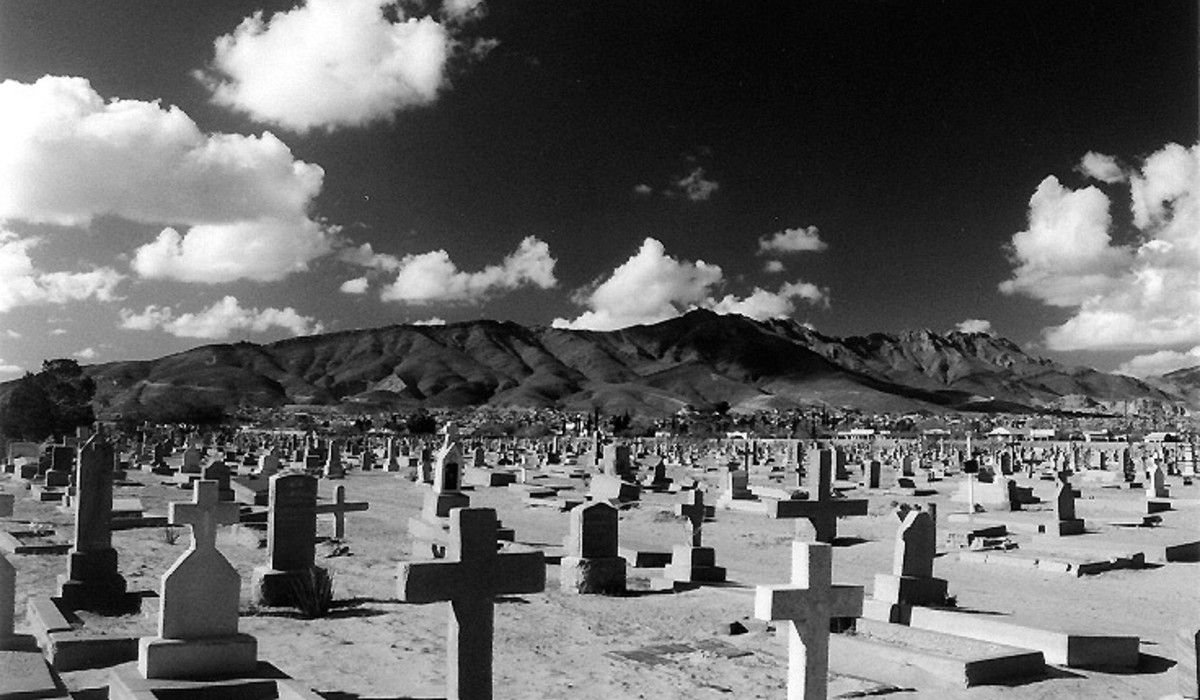 Whether you believe in ghosts or not, it’s tough not to get spooked when you’re alone and hear a bump in the night. With such a colorful past, it’s no surprise El Paso has its share of paranormal activity. Let’s dive in and take a closer look at some of the most haunted places in the Sun City.

With over 60,000 people buried at Concordia, it’s no surprise that there are bound to still be a few stragglers hanging around. Visitors have reported seeing shadow like figures and feeling the presence of ghosts amongst them. If ghosts are not up your alley then try visiting the cemetery by day as Concordia is the resting place of famous gunslinger John Wesley Hardin as well as several other notorious gunfighters.

Dating back to 1930, “inhabitants” at the Plaza Theatre have been known to have some fun with lights, bathroom stalls and curtains. Performers and patrons have claimed to see orange lights and creepy movements back stage. For those not seeking a ghost hunt, visit the Plaza Theatre during their Broadway season or catch a flick at the Plaza Classic Film Fest next August.

An El Paso staple for more than a century, this hotel is said to have at least three resident ghosts that appear in the form of shadowy figures. Various whispers, eerie noises and the voice of a girl have been said to be captured on audio recordings. Patrons have made claims they have been touched and scrapped while in the hotel. A quick drive by the property is sure to entice the ghost hunters in you.

The hill is said to be the home of spirits that assist motorists by pulling their car uphill. Locals claim the reason vehicles move up the hill on their own is because the hill is haunted. Whether an optical illusion or not we have to admit, there is something fun about the illusion of your car going uphill on its own!

This Catholic academy opened its doors in 1923 and is believed to be the place where a nun killed herself after finding out she was pregnant. People claim to see the nun wandering the bell towner frequently. Students have stated hearing the sound of a woman’s voice and the feeling of being watched. The architecture that is Loretto Academy is certainly worth a look so don’t let the nun keep you away!

Built in 1916, El Paso High is known as one of the most haunted places in El Paso. While still in operation students have described run ins with spirits in the hallways in particular that of a young girl. The story of this young girl states she was romantically rejected and slit her wrists before jumping to her death from one of the school’s balconies. Since then a figure has been seen jumping from the same balcony. Not interested in seeing the real thing, check out the class pic of 1985 where it is said to have a blurred image of a woman with the rest of the class.

Constructed in 1875 by the Magoffin family, this homestead is said to have experienced life and death within its walls. Flickering lights, rocking chairs that rock on their own and doors that open and close on their own, it’s no wonder the home makes our list of haunted places. Popular stories include sightings of a woman in a white gown and a little girl roaming the outdoor patio. The Magoffin Home is State Historic Site and museum, so for those uninterested in the paranormal side of things, make sure to pop in for a tour of this historic site.

Located in central El Paso, this fire station is where firefighters and ghosts alike reside. Home to a number of ghosts, this fire station is said to be so haunted that some fire fighters have issues staying there overnight. It is said that one bed in particular is so haunted that the firefighters have not used it in a number of years. Reports include shaking beds and having their covers pulled off them.