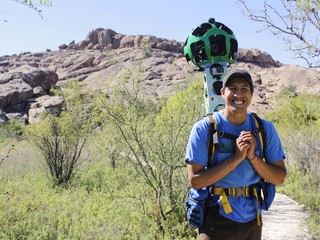 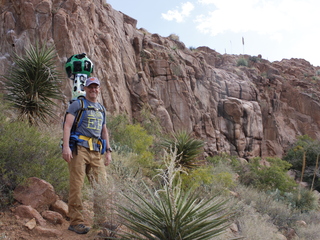 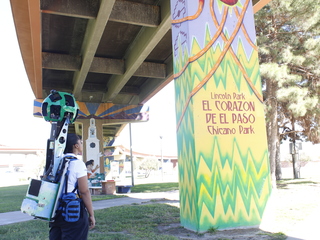 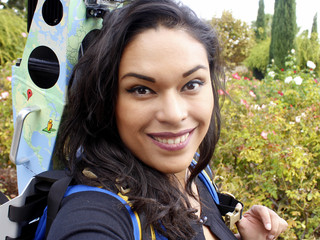 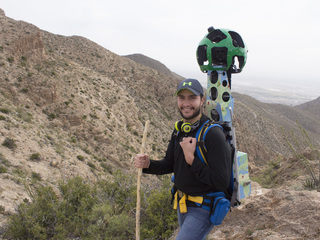 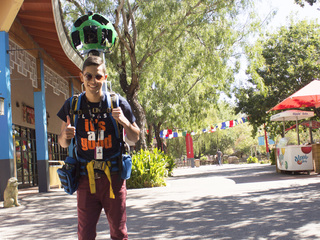 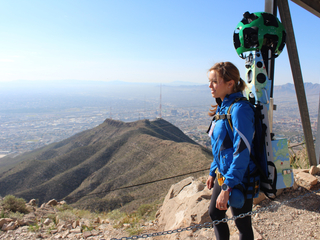 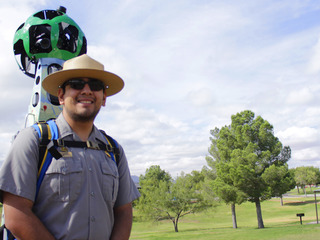 In 2012, Google introduced the Street View Trekker, a wearable backpack with a camera system on top, and their newest Street View camera platform. The Trekker is worn by an operator and is walked through pedestrian walkways or trails on foot, automatically gathering images as it goes. That imagery is then stitched together to create the 360-degree panoramas you see today in Google Maps.

So far, the Trekker has traveled to some breathtaking natural wonders and world heritage sites, such as the Grand Canyon, the Taj Mahal, Angkor Wat, the Galapagos Islands and even the historic pedestrian paths in Venice.

This is all part of Google Maps’ efforts to make the world’s diverse heritage and beauty accessible to everyone. To learn more about where the Trekker has travelled to so far click, here.

Whether you want to explore faraway sites or some of your neighborhood’s most beautiful parks, Street View can let you virtually tour these places before you go. Here’s a rundown of a few global highlights: