Featuring pianists from Mexico, England, Germany, Hungary, Poland, Canada, Russia, China, Taiwan, Yugoslavia, Moldova, and the United States, the festival has received rave reviews, with every concert playing to a full house. Chopin is the master of the piano. He is credited with originating the modern piano style, and that style is Chopin’s own, readily recognizable and distinctive style. The music of this fine romantic composer is featured in the Festival to provide an opportunity for residents and visitors to the tri-city region to hear the piano played with unsurpassed elegance, power, and expression.

The El Paso Chamber Music Festival has brought internationally renowned musicians to El Paso. The Festival and the organization have developed a national reputation for artistic excellence and innovation, aided in great part by live broadcasts each year of Festival concerts on National Public Radio. The festival provides pre-concert talks, free musical ‘informances’, and master classes intended to provide further opportunities for audience members to share in the exciting process of learning about music.

Held in the heart of downtown, Neon Desert is one of El Paso’s most popular outdoor extravaganza. The two-day festival hosts local talent as well as notable music performers. Each year festival goers enjoy an eclectic mix of hip-hop, rock and EDM.

The Texas Country Music Fest is El Paso’s foremost opportunity to breathe the excitement and quality that Texas Country artists bring to the country music genre. The mission of TCMF is to provide a quality music festival which strengthens El Paso as a destination market for Texas Country touring routes, while engaging and inspiring all ages within the borderplex region on country music from our state. All while, truly reflecting this region’s colorful passion for music. 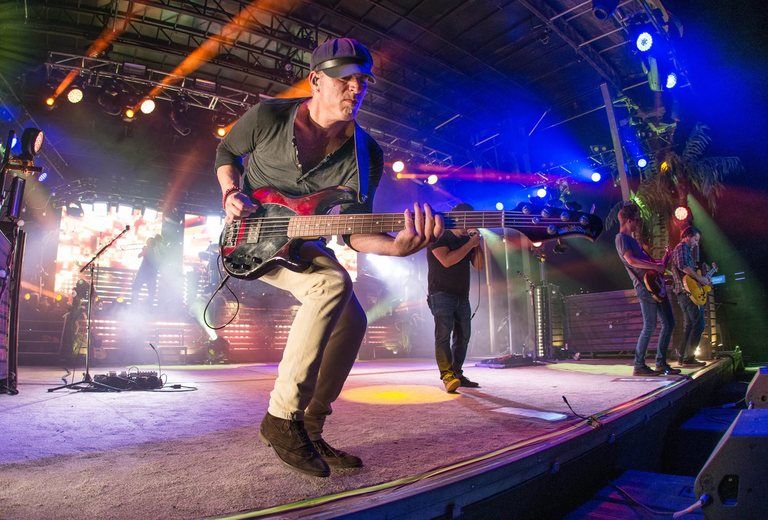 Photograph by Way Out West Fest

The festival is bursting with regional flair and talent, to include a Chili Challenge, a Quest For The Best Margarita Competition, live music and much, much more. Way Out West will also feature a one-of-a-kind, outdoor dance floor. Attendees can kick back and listen, two-step, or just sing along as both local and national country artists perform live.