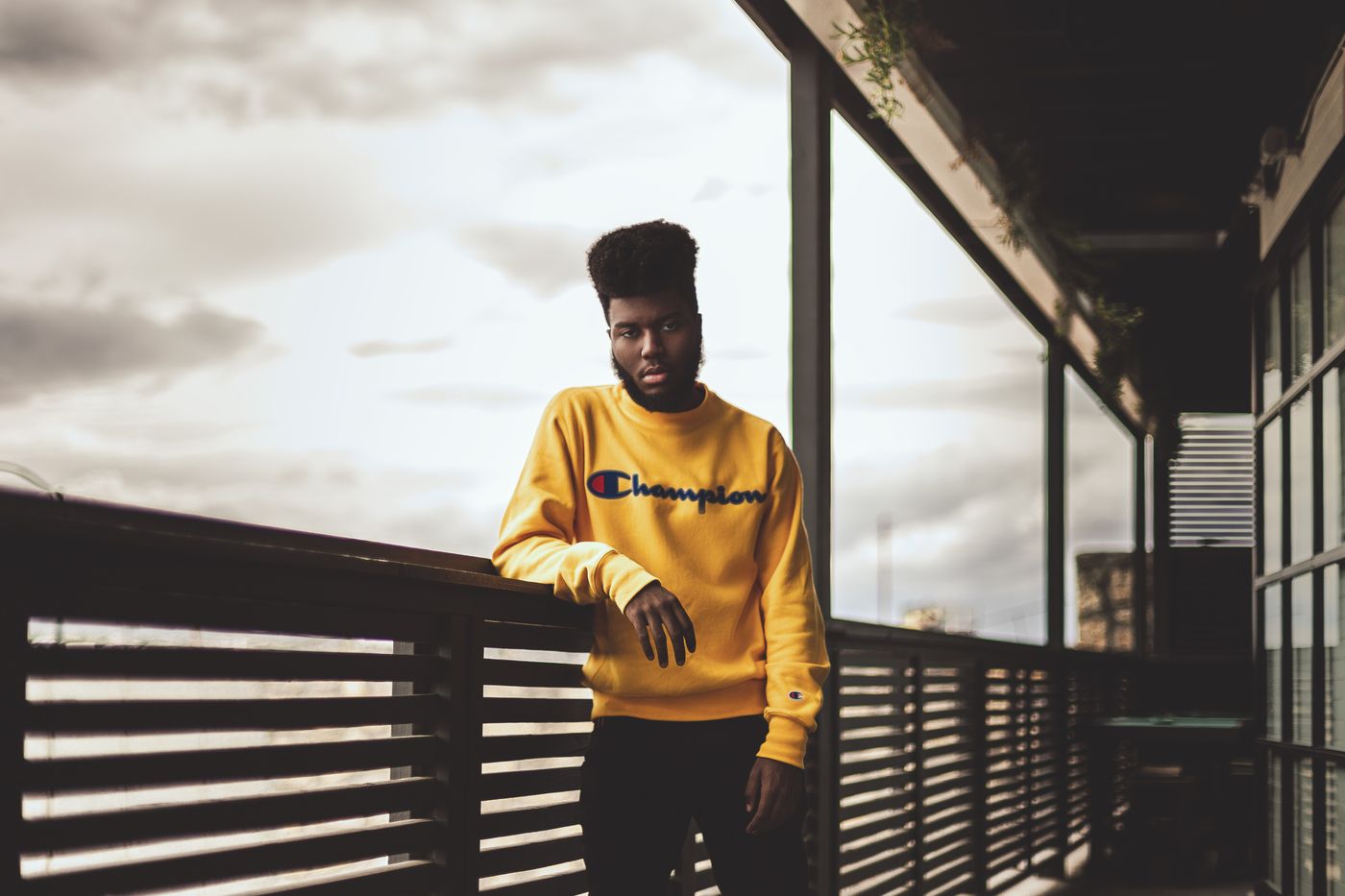 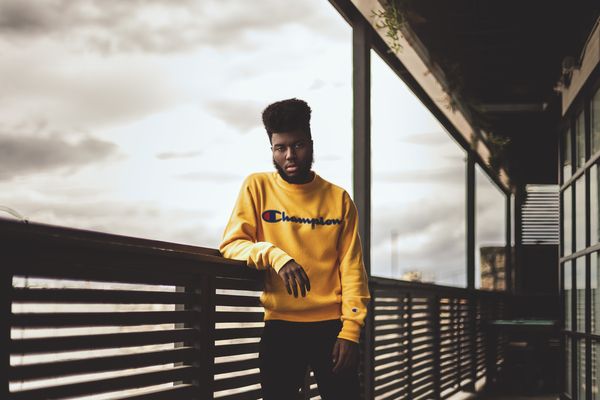 Khalid
The mononymous singer burst onto the music scene in the summer of 2016 with his first professionally produced single, “Location.” Still just a senior at Americas High School at the time, Khalid was as surprised as any by his sudden popularity. Just months before, he had uploaded his first songs to SoundCloud at the behest of his friends. Those early self-recorded tracks soon caught the attention of Tunji Balogun, the Vice President of A&R for RCA records, who quickly signed the young artist and got him in the studio. Already promising, Khalid’s career was catapulted forward when reality show darling Kylie Jenner shared a snapchat of her and a group of friends singing along to “Location.” The fortuitous social media shout-out all but ensured him a place among pop royalty.

Now 20 years old, Khalid has continued to build momentum since finishing high school. His debut album, “American Teen,” has been certified double platinum and “Location” ended up being nominated for “Best R&B Song” at the 2018 Grammy Awards. Despite tremendous success, Khalid hasn’t forgotten where it all began. His second album, which came out in October and and debuted at eight on the Billboard top 200, was titled “Suncity,” an allusion to El Paso’s popular nickname. 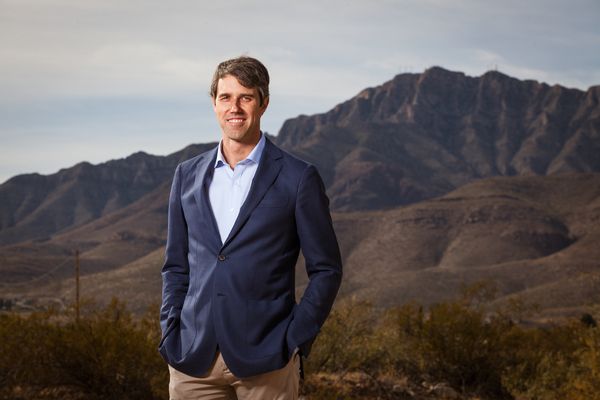 Beto O’Rourke
El Paso’s own Robert “Beto” O’Rourke became a legitimate national celebrity in 2018 during his senate campaign against Republican incumbent Ted Cruz. Beto, who represented Texas’ 16th district from 2013-2018, was initially given little chance by political commentators following his primary victory in March 2018. They assumed that no Democrat, regardless of their political tact, would be capable of winning in Texas—a longtime stronghold for the Republican party. However, not long into the race, things started to look up for the energetic congressman. Pulling closer and closer to Cruz in the polls, buzz began to build in liberal circles that Beto might actually be capable of flipping the Lone Star State. Beyond his potential to deliver an unlikely political win, left-wing media outlets were delighted by Beto’s charisma, boyish good looks and irreverence toward campaign etiquette—he once rode his skateboard onto a rally stage. In the end, however, Beto’s star power wasn’t quite enough to make Texas shine blue. Despite the defeat, there is chatter that Sun City’s native son might make a run for the White House in 2020. 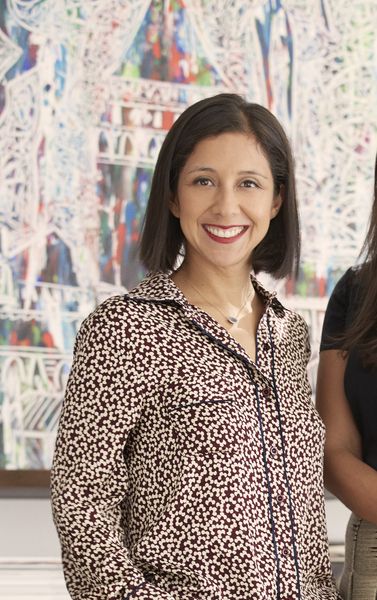 Karla Martinez
Named Editor-in-chief of Vogue Mexico & Latin America in 2016, Karla Martinez de Salas is a leading influencer in today’s fashion world. However, long before frequenting the region’s most trendy parties, she was just a normal girl living in the heart of Borderlandia. Raised in El Paso and a graduate of Loretto Academy, Martinez became interested in style at a young age thanks to her mom’s subscription to “Hola!”, a Spanish-language style and gossip magazine. After graduating from the University of Arizona, she cold-called W Magazine and, against all odds, was able to procure an internship with the publication. From there, she went on to work at the New York Times Magazine, Vogue, Interview Magazine, and Elle before arriving at Vogue Mexico. Throughout her career, she’s earned a reputation for her great work ethic and friendly disposition—a rarity in the notoriously frigid industry. Eventually, Martinez’s impressive track record caught the eye of Conde Nast, Vogue Mexico’s parent company, which wanted to extend its influence south of the border. Amid leading the media conglomerate’s ambitious push for Latin America and raising twin girls, Martinez still finds time for El Paso. She consistently offers her mentorship to young El Pasoans and just last summer came back to lead a workshop for local women. 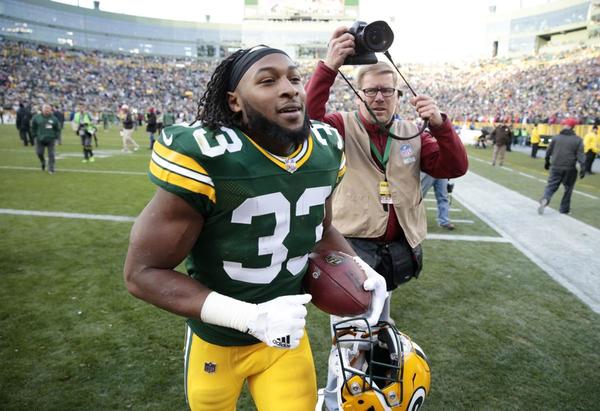 Aaron Jones
Over the past couple seasons, NFL commentators have marveled at Aaron Jones’s meteoric rise from 5th round longshot to one of the league’s brightest young talents. However, around here he hasn’t surprised anyone–we always knew Jones was destined for stardom. After a prolific career at Burges High School, the tailback enrolled at UTEP where he’d ultimately go down as one of the greatest Miner athletes of all time. From 2013-2016, Jones scored seven touchdowns and established himself as the program’s top rusher of all time. Despite his strong collegiate performances, Jones almost went undrafted in 2017, finally getting picked up by the Green Bay packers as the 182nd overall pick. Although he started the season on the bench, injuries soon saw him slotted into the rotation. He capitalized on those early opportunities, impressing the coaches and cementing himself as a regular in the lineup. He continued his success in the 2018 season, getting tagged as the team’s starting running back ranking among the league's elite rushers. 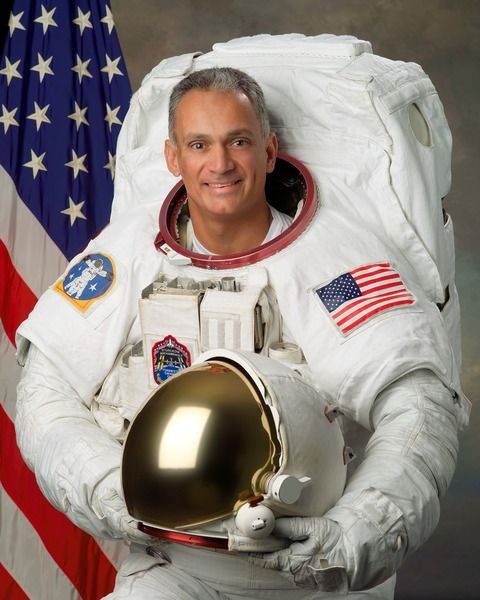 John “Danny” Olivas
Danny Olivas is part of one of the world’s most elite clubs, one of few humans to ever explore outer space. That’s right, he’s an astronaut. However, before leaving the planet, Danny lived in El Paso. Although born in California, he moved here at a young age and did his bachelors in mechanical engineering at UTEP. He went on to complete a PhD in mechanical engineering and materials science at Rice University and was soon after selected by NASA as an astronaut candidate. He quickly made his way through the space agency’s ranks and soon found himself on deck to serve on mission shuttles. In 2007, he was part of STS-117 Atlantis, a mission to do upkeep on the International Space Station (IPS) and return an expedition member. Two years later, Olivas served on STS-118, again doing repairs on the IPS. Olivas spent over 34 hours doing spacewalks through the two trips. He retired from NASA not long after and, in 2013, returned to UTEP to work Director of the Center for the Advancement of Space Safety and Mission Assurance Research (CASSMAR).