Things are changing in El Paso, Texas. The city is seeing an influx of new hotels and attractions, and heavy investments in the downtown area mean new amenities and services for travelers and locals alike. With all these upgrades coming to the city, now is the perfect time for you to consider El Paso for your next meeting, incentive trip, conference or event. You’ll love Visit El Paso team’s dedication to helping you create and host a world-class event, while your attendees will appreciate all of the city’s new attractions and amenities.

Here are some of the changes you and your guests will love. 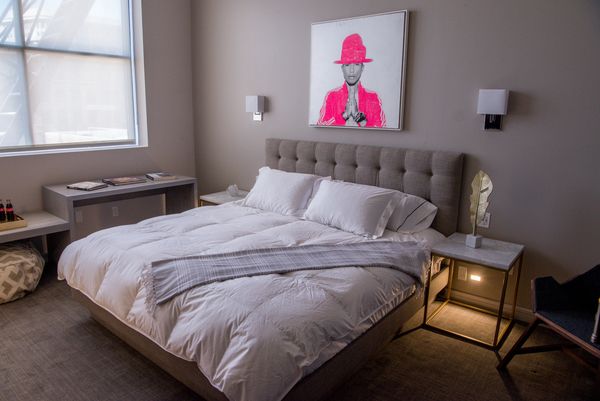 New Hotels
A surge of new hotel openings has more than doubled downtown El Paso’s inventory. The brand-new Aloft El Paso Downtown is the latest addition to the recently renovated O.T. Bassett Tower. This hip and new hotel is located near all of the city's top commercial and cultural hot spots. Your attendees can mingle at the hotel’s W XYZ(SM) bar and then relax in the cozy guest rooms that have walk-in showers and custom amenities by Bliss® Spa.

Another new hotel is Stanton House. Originally built in 1912, the former Roger’s Furniture Building is now a popular boutique hotel, offering 42 guest rooms and an on-site Mexican, American and European fusion restaurant. At the nearby Courtyard by Marriott Downtown, guests can start the day with a power breakfast from the on-site bistro, or recharge at the fitness center and whirlpool. They will love the modern lobby and high-end guest rooms, while you will appreciate the hotel’s high-tech connectivity options and more than 800 square feet of meeting space.

In the coming months, downtown will also see the opening of the Hotel Paso Del Norte of the Marriott Autograph Collection, which will offer more than 350 modern guest rooms and 36,000 square feet of meeting space. You’ll be able to treat your guests to the city’s finest international food and wine selections at the hotel’s soon-to-open 1700° Restaurant, or reward yourself after a successful meeting at the on-site full-service spa.

This year will also see the opening of the newly renovated Plaza Hotel. Fun facts: Elizabeth Taylor once lived in the penthouse of the Plaza, and when renovations are complete, the hotel will feature the world’s largest tequila collection. 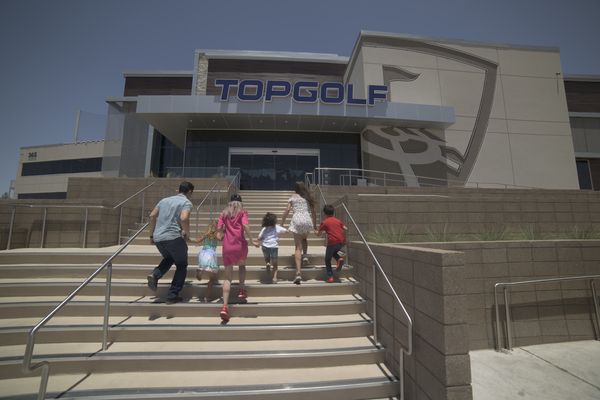 New Attractions
The team at Visit El Paso knows a successful event isn’t just about giving guests a comfortable place to meet, mingle and recharge. It’s also about showing them a grand time. With dozens of museums and attractions, including several new sites opening this year, El Paso will exceed your expectations.

Host a networking event at Topgolf, where guests can practice their swing on the high-tech driving range or simply watch the fun from the swanky lounge. Or encourage them to let off some steam with a game of Splash Ball at the city’s Westside Natatorium; a new Eastside Natatorium will open soon.

Other places to keep cool are the city’s parks, which have multiple splash pads. Perhaps the most popular one is at San Jacinto Plaza, located in the heart of downtown. Besides splashing around, your guests can challenge their colleagues to a friendly game of chess or table tennis here, or they can simply enjoy the public art honoring the park's unique history. “Los Lagartos,” a fiberglass sculpture by artist Luis Jiménez located here, celebrates the days when alligators recided in the park. After exploring the games and art, your attendees can enjoy a snack at the park’s La Placita Café. Locals love the ice-cold cucumber lemonade and the cafe’s famous snack—corn in a cup.

For a sports-themed affair, don’t miss the on-site venues at El Paso’s Southwest University Park located next to the convention center. Group rates are available to catch a game, from professional soccer with the El Paso Locomotives to Triple-A baseball with the El Paso Chihuahuas. You could also host your event on the actual playing field and bring the game to you. 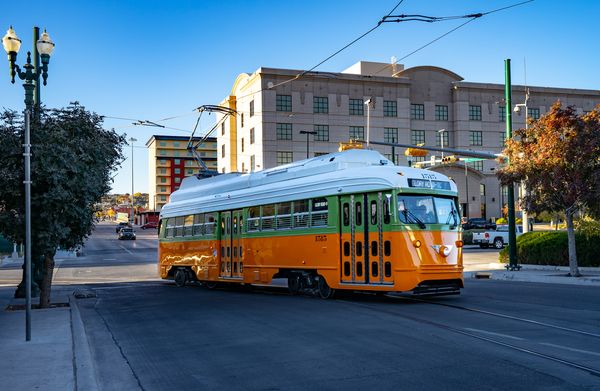 Easy Navigation
Your attendees will find it’s easy to get around El Paso. Many of the sites are within walking distance of the hotel district. The El Paso Streetcar also connects many of the city’s most popular attractions. Originally built in 1902 to replace the city’s mule car system, the retrofitted streetcars now travel a 4.8-mile route through the city’s uptown and downtown areas. Two loops connect some of the city’s most popular restaurants and sites, including the baseball park and the University of Texas at El Paso. Hop aboard one of the six streetcars, each painted in the historic color schemes of the 1950s, ’60s and ’70s. But don’t let the vintage touches fool you. These streetcars offer travelers all of the modern amenities, including air conditioning and Wi-Fi. The free Official Visit El Paso app includes an audio tour of the streetcar stops. Guests can learn about the history of the buildings they pass while riding to events and networking dinners. 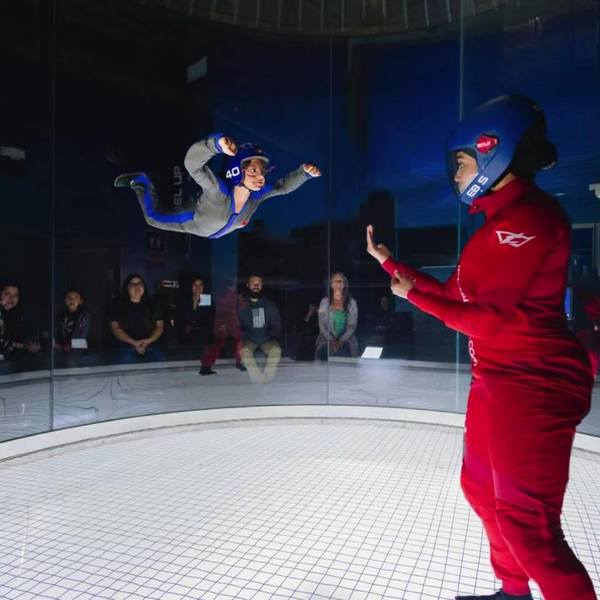 Still to Come
In the coming months, new openings will allow you to treat your attendees to an even more memorable event. Consider hosting a teambuilding activity at iFLY, an indoor skydiving facility where you can experience the thrill of soaring in the sky. Or encourage your guests to learn something new at the soon-to-break ground Children’s Museum in El Paso’s Downtown Arts District and across from the convention campus.

New renovations are also coming to the El Paso Zoo. Encourage attendees to get back to nature on attractions like the African Star Train and the Hunt Family Desert Spring water feature. The zoo sits on more than 30 acres and is home to some of the most exotic animals on the planet, including the African lion, Sumatran orangutan and the endangered Malayan tiger. Host an unforgettable cocktail mixer at any of the zoo’s first-class facilities. Here, monkey business is encouraged and everyone is entitled to the lion's share.